This protocol implements a 2-level private cache hierarchy. It assigns separate Instruction and Data L1 caches, and a unified L2 cache to each core. These caches are private to each core and are controlled with one shared cache controller. This protocol enforce exclusion between L1 and L2 caches.

MOESI_hammer supports cache flushing. To flush a cache line, the cache controller first issues a GETF request to the directory to block the line until the flushing is completed. It then issues a PUTF and writes back the cache line. 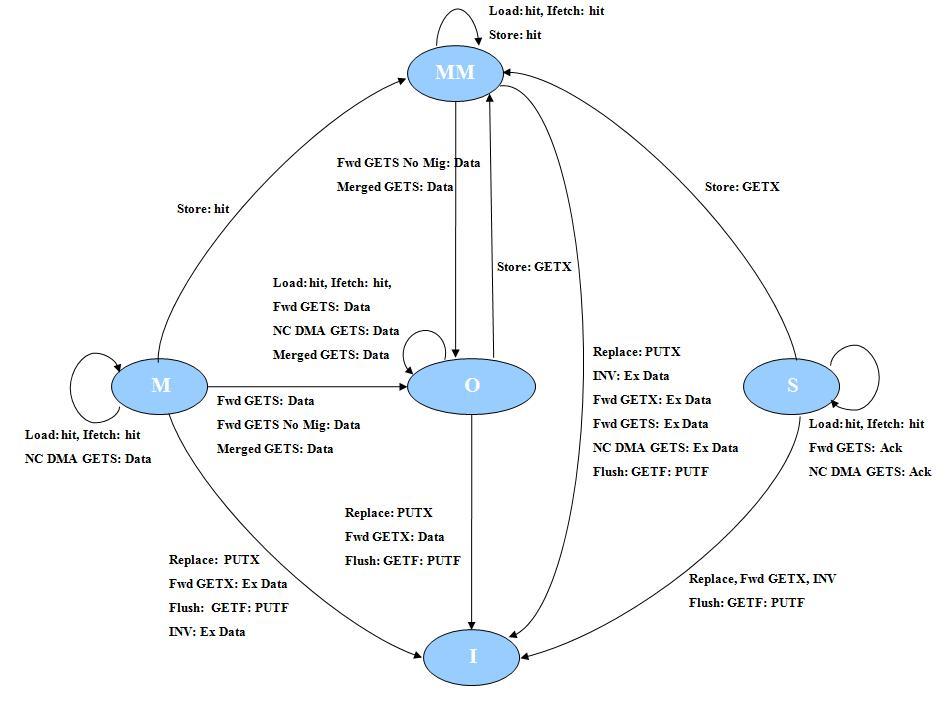 MOESI_hammer memory module, unlike a typical directory protocol, does not contain any directory state and instead broadcasts requests to all the processors in the system. In parallel, it fetches the data from the DRAM and forward the response to the requesters. 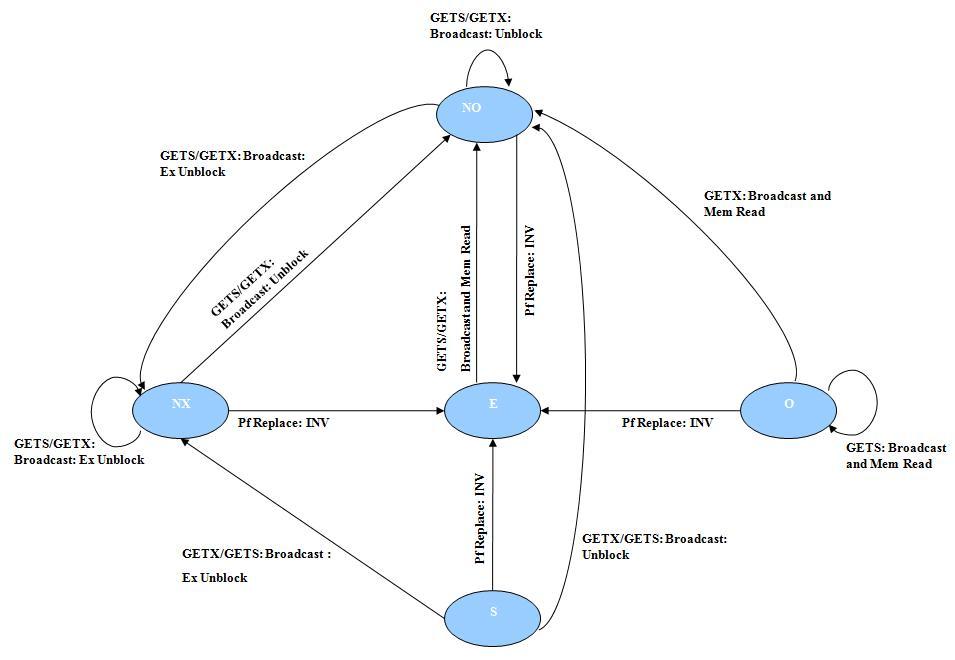